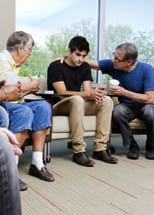 Dissociative memory disorder is characterized by a sense of disconnection from oneself or from certain memories or experiences. Such disorders are believed to be the result of traumatic experience. The sense of being walled off from the trauma is considered to be a coping mechanism to keep extremely painful memories at bay.

Dissociative disorders most frequently have their onset in childhood, when personal identity is still developing, although the disorder may also materialize in adulthood after a traumatic event. Dissociative identity disorders causes may be due to any of the following:

While all dissociative disorders are characterized by an abnormal detachment from the sense of self or from one's own memories or experiences, four distinct types of dissociation have been differentiated.

This type of dissociative disorder involves sudden extensive memory loss after a traumatic event and is most frequently diagnosed in children. The patient with dissociative amnesia blocks out terror or extreme pain with an involuntary loss of memory. The memory loss involved may be all-encompassing general amnesia, localized amnesia surrounding a period of hours or days, selective amnesia where only certain parts of an event are remembered, or systematized amnesia where certain aspects of the past are blotted out, such as anything pertaining to a particular person.

A rare type of dissociative disorder, dissociative fugue involves physical escape from highly distressing events. Though temporary, this disorder causes patients to become confused about their own identities and to perhaps assume new ones. In this fugue state, during which they are unsure of who they are, they leave work, home or school and travel for days, weeks or months.

Dissociative identity disorder was formerly known as multiple personality disorder. This disturbance involves assuming different identities to cope with unbearable stress. People with this disorder experience splits in their identity, feeling themselves to be inhabited by more than one self. They often report feeling the presence of others, or hearing the voices of others, inside their own minds.

Patients with depersonalization disorder feel outside of themselves, observing their own behavior from a distance. The sense of detachment may come and go over a period of years, interrupting daily life, interfering with work or relationships, and leading to delusional thinking.

Many patients with dissociative disorders may be disquieted by their symptoms without really understanding their cause. They may be aware that they are having serious psychiatric difficulties, but have trouble expressing precisely what their symptoms are. Symptoms may include:

These symptoms are serious and require treatment since untreated they are life-threatening and may eventually result in suicide.

Dissociative disorders are diagnosed and differentiated according to criteria spelled out in the Diagnostic and Statistical Manual of Mental Disorders (DMS), published by the American Psychiatric Association. In order for a positive diagnosis, the symptoms must be found not to be explicable as the result of prescription medication, substance abuse, or an underlying medical condition, such as temporal lobe epilepsy.

Once a patient is diagnosed as suffering from a dissociative disorder, several treatment options are available, both to alleviate distressing symptoms and to undercover the causative trauma. These treatments include:

Early intervention involving counseling or psychotherapy after a traumatic event can sometimes help to prevent the formation of a dissociative disorder. It is considered healthy for the patient to deal with the trauma as soon after its occurrence as possible. In children, this can be achieved through play therapy or art therapy, rather than explicit discussion. For adults, too, it may be best for therapists to help the patient confront the trauma indirectly through hypnosis or art therapy in order to avoid retraumatization.